What games are you playing?

You are using an out of date browser. It may not display this or other websites correctly.
You should upgrade or use an alternative browser.
T

Yeah - That was along the lines of my reaction when I first saw it. And for those of you who want it in English (subtitles):

Anyway - I just imported Persona 3 Portable and am playing that now. So far I would have to say they have improved on the original. A new soundtrack for the female character (but no 'awakening' movie for Orpheus - Probably one of the best scenes in the game.)

god of war is a great game, got so much LOL when that kratos guy walks in a dark cave chatting with pandora while holding the very convenient Helios' head torchlight andalaugh:andalaugh:

anyone knows when the final fantasy XIII Versus out?
Toggle signature
once you gouncensored] you never go back
:defeat::defeat:i've had the worst day of my life:defeat::defeat:
R

sapientiam said:
anyone knows when the final fantasy XIII Versus out?
Click to expand...

As far as the official sources state, it's still TBA.

In an interview with Tetsuya Nomura, he concluded with:


This is still a ways off, he said, but he added "We're making preparations for a big announcement."​
You can read the above interview in full here.

From the screenshots this is shaping up to be another graphically brilliant offering from Square-Enix (Let's just hope the 'dark' theme helps the plot along better than that of XIII.)

The best bet is to keep an eye on the Official Site
Toggle signature
[SIGPIC]Eureka![/SIGPIC]​
"I have not failed. I've just found 10,000 ways that won't work."
Thomas Alva Edison​
C

RyuKaze said:
Sorry that I'm going a little off-topic - But in response, I can appreciate that. In Cross Edge it is pretty much the same (although you can transfer a limited number of skill points etc. from a normal play-through) but all the achievements, items, weapons etc. that you have synthesised are all lost. Getting Platinum (I'm a completionist) is a nightmare on that game due to the huge synthesising list. :exhausted:

As for what's in the box...no thanks. The game itself is hard enough to play without someone walking in the door during the generation change. andalaugh:

Oh...and if anyone is thinking of buying Record of Agarest War, here's (another) incentive:

Yea, I have to complete everything in a game as well. Agarest War has titles that are awarded (along with goodies) when you complete certain objectives such as synthesizing every weapon possible, obtaining all items, etc. (142 titles). That's not even including unlocking all the CG's which I need a guide for because I don't want to spend hundreds of hours on this game:wait:.
Toggle signature

finished playing starcraft 2 on all difficulties andalaugh: yeah i was bored

I just got Hatsune Miku: Project DIVA 2nd a few days ago. So I've been playing that constantly since then. It's actually a surprisingly huge improvement over the first game. 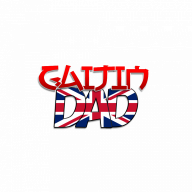 Im playing Heavy Rain its such a work of art!
M

Mass Effect 2 and still on Splinter Cell: Conviction only I am getting pissed off no fucker wants to play co-op online and the people who do piss off half way through the game!
D

So not worth getting?

I love GTA IV but the lack of customisation disapointed me like costumes, car mods, hideouts, extra jobs or the skill scheme they started in San Andreas.
D

the_laughing_man said:
So not worth getting?

I love GTA IV but the lack of customisation disapointed me like costumes, car mods, hideouts, extra jobs or the skill scheme they started in San Andreas.
Click to expand...


GTA IV lacked most of the stuff but graphics are stunning

They need a game like San Andreas but more city orientated, maybe set in Tokyo and have it about the Yakuza, Triads and other foreign gangs etc. Set in a huge map like San Andreas with the freedom of San Andreas, graphics of GTA IV. More weapons, more mini games, more vehicles, skill sets and fighting styles as well as making the character totally customisable and side missions maybe extra content on them, possibly multiple characters to play different stories etc.

An online co-op story mode would be good where each character plays a different role or even a MMO where you can choose your job set like cop, army, paramedic, gangster, taxi driver, hooker etc. each with their own skill sets, perks, fighting styles, weapon styles and jobs that earn money to upgrade stuff. Not just running around killing eachother but being part of a huge city with hundreds of people. Not like second life I mean having more interaction but having your own agenda and storyline within the game like being a taxi driver to get thugs to a bank to rob it and having the police chasing you etc and all being people rather than bots.
You must log in or register to reply here.
Share:
Reddit Pinterest Tumblr WhatsApp Email Share Link
Top Bottom