Loli is no longer allowed on Akiba-Online

also pixiv, I think, has lots of up & coming doujin artists posting their colored loli stuff there too

C00Lzero said:
According to a staff-member: jr. Idols are prohibited, too.
Click to expand...

why this post is liked by chompy and coolkevin?, is it true?!!


Faust® said:
I do not know why we have to IP addresses registered somewhere in Luxembourg
Click to expand...

so we dont get hit by dmca

Is this still true...

chompy said:
To clarify, loli means loli. Very old-skool in this regard. i.e. 2D drawings of "under-18" kids in smut/art (terrorist/freedom-fighter). Lines of ink. No real humans. Imagination plus photoshop. You get the idea.

This is because our host doesn't like it, period. If we were to switch hosts, obviously we'd re-evaluate this position.

I agree that it's horrible, but have you seen the internet today? It's amazing we didn't put this policy in place sooner.

Think of it this way: it's this or close up.

or was it also expanded to cover the other "registered only" sub-forum?
W

I think it would be super helpful if the rules-laws, (Japanese and International) regarding the posting, and or possession of all the above mentioned content. I
for one have no idea if Jr. Idol content is permitted in the U.S. I personally stay away from any posting where it appears the girls are not 18+. In addition a general dictionary of what Manga, Loli, Jr. Idols, etc. would be appreciated. I'm guessing that a good number of posters and consumers of videos on this site are unaware if they are complying with the law.

I had the opportunity earlier this year to learn what awaits the "open" board with regard to the discussed topic here.At the end of last year, the U.S. administration command to the open and freely accessible web pages removed everything that reminds me of "fucking with Children" and in cartoon form.It is interesting that this also responded to a "closed" sites, which is an example of local and maybe even lolicit and allthefallen, these two mentioned are currently "under construction".All they have is their location in Europe and is known as the terms of America's scared already.However, it is surprising that America itself on its territory the sites and Web sites that did not accept this regulation.I have alluded lah.li, it is in the U.S. and "cheerfully" continues the absorption images that are "no longer wear."What is the problem?Perhaps also in the fact that our board acted as open as I am an administrator pointed out that "unregistered guests" see the pictures that governments here in the appropriate sections.He could not enlarge it no longer wanted to register, but seeing what is there, and it certainly "agents" of relishing that what was found.
A promise because "we look at it," he was told and apparently failed with the "new" remedy this board do, nothing simpler than seeking the section "cut".I would be happy if I'll "return" refute this unfounded assumption, but I think that our "story" is no longer interested.We just did it and that's what more explanation.I'm surprised he has not been heard words "if you do not like it, you can address us and that his objections do not bother!"
Toggle signature Do note that treatment "unregistered guests" had the opportunity to view what we have here is still unresolved, because when I view as they see everything it says and "portrays"!Therefore, there is also a more "guests" rather than "registered"!
Toggle signature

Summer-Time-Fun said:
I've never been into collecting loli personally,
but what's surprising about all this is how we live in a society where people are ridiculed and punished for expressing their inner ideas though nothing other then drawings and cartoon art. We spend millions of dollars on useless projects, (such as putting a net under the Golden Gate bridge to keep people from committing suicide when there are 50 other bridges for them to jump from) In the mean time wasting money on bullshit rather then spending it on helping people from committing suicide in the first place. Or putting the money towards understanding each other and how the inner mind works. Yet everyone looks the other way at the few who lobby of keep people in privet owned prisons @ $60,000 a year per inmate rather then helping them get well. This world is F..ked and so are the 90% of lazy people who let it get that way.

On a side note: I personally wouldn't give this host a dime. But at the same time I realize that there is a cost involved to maintaining a site this large.
One can only hope this is a temporary solution to a high cost of rent, a passing of time to help keep a roof over the community. But sooner or later this host needs to be dropped because if they're banning cartoons and drawings, what is going to stop them from banning Junior Idol content? Once the river flows everything flows with it. If the JIdols go, it will be like rain poring down on Elmer's Glue and all will fall apart.

I feel confident that the mods will find a better solution at some point. We live in a world of sink or swim and I'm guessing the waves might have gotten kind of rough at the moment. Hang in there, everything is temporary - Hopefully not a departure from the best of times, but for the moment of difficult times.
Click to expand...

just had to quote this so nicely put.
Toggle signature
living before I awake.

So Sad But True
T^T

C00Lzero said:
According to a staff-member: jr. Idols are prohibited, too
Click to expand...

ezepietro said:
why this post is liked by chompy and coolkevin?, is it true?!!
Click to expand...

Still no Mods did comment on this, what are they doing? Where is everyone!? What going on.... are the mods gone, the site dead?
Users are concerned and Mods don't care... its the downfall of Akiba-Online :/ With really bad mods like coolkevin it only can get worse and worse

thelolibear said:
Still no Mods did comment on this, what are they doing? Where is everyone!? What going on.... are the mods gone, the site dead?
Users are concerned and Mods don't care... its the downfall of Akiba-Online :/ With really bad mods like coolkevin it only can get worse and worse
Click to expand...

the irc-titel was updated. jr-idol is allowed. looks like the hoster is very specific what defines lolicon o.o
Toggle signature
If the site has hickups - write me a mail: <mynick>@akiba-online.com​
Please report Problems to this thread: Forum-Bugs​
K

The problem is, how some laws are worded.
They are rather unspecific and don't differentiate between drawn pictures and photos of real "Lolis".
So I guess some hosters forbid it just to be safe.

Why would you rent a server in Canada and not expect this to happen? I can't even send adult DVDs to my friends there without it being inspected.
Should have rented one where DMCA notices are not accepted at all ever! A country where censorship doesn't exist. Unfortunately servers in Shangri-La cost $50,000 per month.
DMCA notices are the worst thing ever invented. I can have someone take down content even if it's not really in violation of MY copyrights.
For example, "Milky Cat" recently did one for IMDB. How dumb can you get!

I'm all for free speech etc, but this new rule doesn't bother me personally. If JI stuff was banned I probably wouldn't be here.

Seriously, if you're ever forced to ban Jr Idol stuff you should immediately backup your data and move servers!

I bet that a server based in Japan would be 10x worse than one in Canada though. I won't go there...

Looks like we a fellow Torrentfreak follower in rnishmura...good for you.


Quality servers at an affordable price probably aren't that easy to get and it is my guess, I know not for sure, that this was a totally unforseen and overlooked side-effect to acquiring the new server. Let he who has never made an oversight cast the first stone.

This was always considered as far as I am aware of, a Neo-Otaku board. Otaku would be specializing in one area or hobby while neo-otaku would be specializing in many, and the theme of this board has always been Japanese based, as a matter of fact western material is verbotten here, as is anything west and north of China (sometimes even south of as well). So it is not any lolicon that has been banned which is bothersome, it is the fact that it is Japanese lolikon images, as all other images in the aforementioned areas had already been banned from sharing. I think the majority of us feel that, including Akiba-Onlines founder and the long time staff (not that I have asked any of them), this a regretable circumstance. There is little to no doubt that Akiba-Online is less than it was.
Toggle signature
Now I lay me down to sleep
I pray the lord my soul to keep
if I die before I wake
I pray the lord my soul to take

Chill-Down people.
Akiba is already looking for an alternative location

but it will take some time to get prepared.
Toggle signature
If the site has hickups - write me a mail: <mynick>@akiba-online.com​
Please report Problems to this thread: Forum-Bugs​ 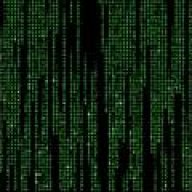 but it will take some time to get prepared.
Click to expand...

Really? Didn't read anything about it. May I ask what your source of information is?
At the moment I'm happy that everything works fine.
Toggle signature
Tutorial: How to create thumbnails of online movies
Problems accessing DMM? Discussion about DMM website
Identification of JAV movies and actresses: Use the JAV Idol Identifications section (and only this).
Requests for JAV movies: Use the JAV Idol requests section (and only this).
JAV subtitles: Available in the akiba resident JAV subtitlers & talk of JAV subtitles (Discussion and requests) and Post your JAV subtitle files here - JAV Subtitle Repository (JSP) (Repository / downloads) threads.


Please vote! Big Breasts or Flat Chests?​
P.S.: If someone helped you it's a nice touch to press the "Like" button on the right lower side of his/her post.

When there will be no JR Idols will certainly after the "jubilation" and you will be amazed as I did in the case of "lolicon".At least you will see how it is unpleasant discovery when you pick it up on what you're building your presence here!
Toggle signature

CodeGeek said:
Really? Didn't read anything about it. May I ask what your source of information is?
At the moment I'm happy that everything works fine.
Click to expand...

chompy and myself
Toggle signature
If the site has hickups - write me a mail: <mynick>@akiba-online.com​
Please report Problems to this thread: Forum-Bugs​
Reactions: CodeGeek

well since you're not part of the staff and you have so low post count for the last four years, its hard for us to trust you, after all you've said that jr. Idols are prohibited too and that wasn't true.
Reactions: aquamarine