You are using an out of date browser. It may not display this or other websites correctly.
You should upgrade or use an alternative browser.
D

elgringo14, what about you? You're talking to me ? ayup:

If I look at my recent downloads, it gets between 63 and 158 165 kB/s, depending on the uploaders, who are all japanese dudes. And I'm not the limiting factor.

Nothing new on the servers though.
Toggle signature
[SIGPIC][/SIGPIC]
Selecting the best adult animes since 1984
Our forum rules: http://www.akiba-online.com/showthread.php?3
For those who complain about them: http://lleo.aha.ru/na/en/​
J

I have a problem.

I can download with utatane but I can't uplaod to other user. I don't know why. If someone want a file from me it says first "linking" and then "WaitingRequest TimeOut".

I have no firewall on.
I hope you can help me.

Fuurin, I have heard that in Japan utatane users may be arrested if you share JAV in public.

Do those JAV companies encode some hidden info in DVD's, so even if you make DVDRip, they still can find such info like product number and see that person who shared file ?
M

Can somone upload for me utatane japanese version? So not the english translated...or just give me a link where i can dl...
Thanks!


Edit: problem solved i downloaded...
B

I get "error corrupt data" when trying to "link".. 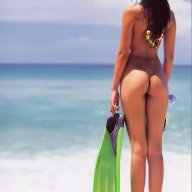 arcades said:
Fuurin, I have heard that in Japan utatane users may be arrested if you share JAV in public.

Do those JAV companies encode some hidden info in DVD's, so even if you make DVDRip, they still can find such info like product number and see that person who shared file ?
Click to expand...

OpenNap is unlike Share/Perfectdark in that anyone can see the IP address of the person they are downloading from, so it is not a secure network at all. However, I've never seen anything in a Japanese news source on OpenNap/Utatane. I suspect that relatively few people even know what it is.
Toggle signature
File Sharing in Japan blog

arcades said:
I have exactly the same problem!

I tested speed with Japan with speedtest.net

When I download or upload in Utatane one file my maximum speed is 50 KB/s both upload and download.

It seems there's a 50 KB/s limit per connection.

I just can't understand what causes this limit ?

I tried changing my ISP.
I tried tweaking my registry with Japanese Net Tune program.

Fuurin, have you got any idea why this could happen and how to solve my problem? What else can I try to fix my speed ?
Click to expand...

It just seems to be the nature of the network. I don't think that there is anything that you can do.
Toggle signature
File Sharing in Japan blog
P

I can't seem to find any bang up-to-date lists, but here are a couple of older ones:

If you want to go hunting yourself, the Japanese word for OpenNap Server is 子鯖 kosaba literally child mackerel, but actually a play on the word saba which sounds like server.
Toggle signature
File Sharing in Japan blog
A

thanks, I tried finding and I saw only those lists that you mentioned. Only very few of those servers are working.

I can confirm that for me are working the following servers:

Endless and ONT2ch seems are limited for only users from Japan.
Endless says: [09:15] Disconnected "あなたはBanされました。: Only the Japanese"

Recently many servers stopped working, even before the Earthquake.

I'm connecting to Magicant (un-magicant.dyndns.org 7777 RE), CONVOY (convoy.zenno.info 39219 NO) and COBRA (cobra.zenno.info 64192 NO). Magicant says that 277 users are sharing 0 files. I'm getting a socket error for KOOL, and life-charge says my password is wrong.

Here are some other old lists: RAID, RAID BBS and Zero BBS. The Japanese power users on WinMX clearly migrate back and forth, and tend to treat WinMX as if it were an OpenNap server.
Toggle signature
File Sharing in Japan blog
5

Does anyone here still use Utatane? Some of the major public servers are still there, but you need to use a proxy to log in and the number of users has decreased (there's 700 users at most on endless for example). I also discovered several private servers that give me either "登録済みユーザーのみログインできます。" or "未登録または不正なユーザー名かパスワードです。" and I've got no idea how to register or obtain the password.
J

It's been a few months since I last used Utatane, prior to my old computer dying. As far as I recall, last time I could only get into one which had valuable users. All others either didn't have much users or had strict requirements, so don't bother trying them if they give you messages like "Japan-only IPs" or "registration required". If you are still trying to use Utatane, my suggestions is that you check each of the servers in the links given in previous posts. I'm sure it was either Kujira, orangenap or TURBO-CIRCUIT the one that workd for me. I think the best at that time was ENDLESS, but I was unable to use it. If you don't have valuable material to share and a good connection for Japanese standards, you should try to use another Japanese P2P, because, since the death of the original Zerosen, OpenNap has been not as good as it once was, in my opinion, except in case that you have great material and/or Japanese contacts in OpenNap. It was even worse after the big earthquake struck Japan some time ago since energy savings seemed to affect how long servers could stay online.

In short, if you can't connect to one of the three servers I mentioned, you should better try other P2P.

Another event that affected Utatane was the application of the new anti-piracy laws in Japan, which happened around last October.
A lot of users migrated from 'open' servers (those you can access easily) to 'closed' (those who ask for requirements) or 'secret' (those you need invitation to access, like a hub, not even talking about the problem to get their actual addresses). The open part of the Utatane network is pretty much dead ever since.
Toggle signature
[SIGPIC][/SIGPIC]
Selecting the best adult animes since 1984
Our forum rules: http://www.akiba-online.com/showthread.php?3
For those who complain about them: http://lleo.aha.ru/na/en/​
5

The servers which don't allow Japanese IPs don't even tell you that outright anymore. ONT2ch keeps on telling you that the server is full and others just disconnect or time out. The good thing is, you only need a proxy to connect to the servers and perform searches.

I'm currently connected to ONT2ch, endless, kujira, KOOL (you need at least 100 files tagged as DVDISO, CM or something like that) life-charge and TURBO-CIRCUIT. convoy went down about a week ago. I've got about 20 servers which require a login thanks to port-scanning some old addresses.

By the way, I don't know what the purpose of the 2ch kosaba thread is since it seems like it's dedicated to stalking of the users of the network.
J

If you are already connected to those servers, then congratulations, you have conquered the easiest part of Utatane. Truth be told, from what you are telling us, it is still as unfriendly as always, nothing has changed. Only when Zerosen was around things were a little easier for non-Japanese users.

Anyway, since you are already there, the hardest part is convincing Japanese users to trade something with you, particularly the rare stuff. Either you need to have good rare stuff yourself or be able to use Japanese proficiently to convince them that you are serious, specially if you don't have a good upload speed for their standards. This is more important now that they feel themselves in a riskier environment regarding P2P usage than most of us. I was moderately successful trading there, but not as much as others like Mugesz, thanks to my slow upload speed, so I can't give you much more advice than the one already given by Fuurin in previous posts. There really is rare and great material there, particularly old stuff, but it is not easy to get it, so I wish you good luck.

I know nothing regarding the 2ch kosaba thread that you mention.