You are using an out of date browser. It may not display this or other websites correctly.
You should upgrade or use an alternative browser.
R

good news for larcx. from the makers of Tadashi maid no shitsuke kata. kinda wish it came out earlier since the new releases are gonna start coming soon

good news for umemaro fans. sex scenes are now included in the demo of their upcoming release.

I like Umemaro a lot, but the bodily fluids are so funny. I still like it, and can still get off to it, but I can't help but laugh at it sometimes.
S

(1) the story of a young woman and a high school boy who know one another and who also happen to be teacher and student. The story fits the "conservative-dress girl takes advice to wear slightly more risque clothing" genre.

(2) the story of a mother who is concerned about her daughter's relationship with a good-for-nothing hoodlum. She's noticed that her daughter has started wearing very slutty clothing and believes that the daughter's boyfriend is to blame. She confronts him, demanding he break up with her daughter, but he tells her that he won't do it unless.... I love stories like these and this one in particular is executed very well. (And I love the surprise ending! lol) MON-MON's artstyle can be hit-or-miss but I think this story had more than his usual share of amazingly hot drawings, so I'd recommend checking it out unless you're a DFC'er.
S

Drill Murata:[hide] I finally finished up his most recent tankoubon, Aegu Nureru. Very nice. There was sort of a lull in the quality of his stories in the last one to two tankoubons, but 2009 was a very good year for Drill Murata and his fans: his best art to date coupled with some pretty great stories. (Nothing new to see here! They're all Drill Murata's own take on classic cliches.)[/hide]

Asanoya: [hide]Ore wa Otoka da! ("I'm a guy!") is Asanoya's Kampfer doujinshi. Pretty nice for fans of stories where a guy becomes a girl, realizes that sex is so much better as a woman, and decides to remain a girl for the rest of his life.[/hide]

Shirota Kurota: [hide]this one really caught me by surprise. Normally I consider Shirota Kurota to be somewhere between my Silver and Bronze rankings. Never Gold. But this collection of his most recent stories from last year (2009), entitled "美少女が騎乗位でがっつんがっつんで激しく揺らすエロぼいん", was jam packed with Silver medal-caliber art (bordering on Gold) with some epically Gold-caliber stories. My favorites from this one include:
- the story of the girl who really would like an engagement ring for her birthday, and her boyfriend tells her she's allowed any one wish, but he manipulates her into getting really horny, and she spends her wish on his dick. The last page is priceless: she says his dick belongs to her with this pouty, childish look on her face. And the dude's all "Yeah, yeah ^^; " to her childish demands, all the while palming a jewelry box behind his back -- he's about to propose! (Awwwwwwwwww. )

- the story of the girl who's in last place in a local marathon, stops to take a break underneath a bridge, and encounters one of her male classmates there. (It's a cute story where the self-purported school genius is having sex with this dojikko, only to find out at the very end that she was playing the role of a dojikko the entire time because she thought he'd like it.)[/hide]

Mozuya Murasaki: [hide]this guy is a specialist at drawing lolis with big boobs. I like the big boobs: I don't like the lolis. But every once in a while he'll write up a story with a girl who's borderline (almost too old but not too old to the lolikon, and almost too young but not too young to me), and in his most recent tankoubon, "エッチなことしよ・・・", the last three stories were exceptionally erotic examples of this. I'd recommend checking it out even if you don't like loli (just like me), but if you do like loli? You'd have to be crazy to miss out on this.[/hide]

Kase Daiki: [hide]"むにゅっ娘☆Hiスクール" is a great example of G-G-G-G-GOLD art coupled with a controversial plot that you will either love or hate. It's the story of two girls and two boys whose lives become interwoven when one of the guys has train-sex with one of the girls, setting off a chain of events. In the end, two different guys are in love with the same girl and the guy who said he was in love with Girl #2 is one of these guys. Girl #2 is aware that he likes Girl #1 more but she still likes him and wants him to be hers. Girl #1 is originally happy to let her best friend have him (because earlier in the book she actually dumped him for the other dude of her own choosing), but as time goes on she can't get him out of her mind, forcing her to confront herself, her current boyfriend, her ex-boyfriend, and her best friend.

That's confusing. Let's run through it with their actual names:

Yoshiaki has train-sex with Misa.
Misa introduces her best friend Maki to Yoshiaki.
Maki and Yoshiaki become a couple.
Misa and Daisuke, a boy in her class, become a couple.
Yoshiaki decides he likes Misa, not Maki. (Keep in mind: he's dating Maki! But Misa's the girl he originally had sex with on the train.)
Yoshiaki tries to get Misa back but Daisuke tells him to fuck off.
Daisuke, concerned he might lose Misa, tries to prove himself to Misa as the better man.
Daisuke might have succeeded,...were it not for the fact that Misa just can't get Yoshiaki out of her mind. Daisuke's the victim here, but ... Misa can't help that she wants Yoshiaki's cock inside her so badly!!

Like I said: you'll either love the romantic drama at work here or you'll RAAAAAAAAAAAAAAAAAAAAAGE at her for being such a playgirl.[/hide]

So there you have it. And this is just from the tanks (and one doujin). Wait till I report back on the magazines!
R

as for Guri guri cute yuffie it's only a few more days of waiting. gonna be over 2 GB and interactive unlike the previous works. the trial version is out if u can't wait

i don't know if i mentioned this before but Umemaro is also nearly finished with Game of Dissolute OMEGA. movie part is gonna be around 60 mins hell yeah!!! sure hope it comes out before april. check out the main site if you pics of the chars with their names in english. there's around 8 girls i think.
S

Sneak peek of what's in store: this amazing 4-page comic from Kairakuten Beast's March 2010 issue. I normally hate 4-page comics -- because they're too goddamn short! -- but when they're really, really, really awesome, then I make an exception.

And man, you better believe I made an exception for this.

Premise in a nutshell: older brother and younger sister go to a hot springs together. Little sister has a crush on older brother, decides to sneak into the same hot spring as her brother. She flashes him. He gets an erection. She notices. She comments that it's a lot bigger than the last time she saw it (when they last shared a bath together, years ago as little kids). She then says to him that her body's undergone some changes, too. ;3 He can't resist. Hot sex ensues. He passes out. When he wakes up, he wonders if it was all a dream, given that his sister tells him that he passed out and everyone had to help get him into bed. But of course it wasn't a dream: as her final comment heavily hints at for the reader.
R

Game of Dissolute OMEGA (The First Volume)- Vampire vs KungFu Girl- release will be 4/16 :nosebleed:

btw the original japanese title is 淫蕩遊戯Ω（前編）～闇の眷族vs女ドラゴン～. roughly translated - lewdness game (1st half) ~ family of darkness versus woman dragon~ . i wonder why they went with vampire and kung fu girl.
A

LARCX!!!!!! our prayers might just get answered !!! i'm not sure whether it was there before and i just never noticed it but it's definitely there. an announcement for ep 2 of Hitou Meguri :cheer::gayprance::grassdance: too bad it doesn't seem to be sure yet. also the release of Watashi no Shiranai Mesu 2 has been delayed. and 微少女 will no longer be released 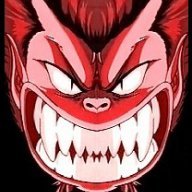 yeah, strange things happen, when looking for Hitou Meduri The Animation Rape 2 (which I did not find) I ran into this video instead, an Animac release from April 2010, a video...

it´s DLsite material though, but worth to look for - possibly - so wanted: dead or alive... (neither torrent nor DDL found, not even on Nihonomaru)

unfortunately it's like the previous digital comics we've seen. accd to their homepage ep 2 is coming soon.

btw i completely forgot to say that it's Mary Jane that's gonna do Hitou Meguri 2. i was kinda hoping Poro would continue it but MJ is still better than the other companies. perhaps ep 2 would be more based on the game.

Still haven't shared those stories. Hmm. There's just so many. ;_; *puts it off some more*

Here are some samples, but I'm too lazy to pull together their names and author names right now. ;_; Maybe later? ^^;

And keep in mind: this is almost entirely from one magazine series (Megastore) alone. I read many magazines. Yeah. There's been a lot of stuff.
L

this is the dicsussion section only, here´s nothing to be downloaded.
Toggle signature

Sakunyuusha said:
Goddammit. Mogudan! Please! You need to let her go! Rei's dead and she's not coming back. Please! Just let her go! ;_;
Click to expand...

Ayanami will never die! In my personal opinion, you can never get enough of her. erfectplan:


Sakunyuusha said:
Just read Chapter 06 (doujin #7) of Iruma Kamiri's Rei: Slave to the Grind series. It's one of the better ones in the series, definitely, but I gotta say: when is this girl going to admit to herself that she's a slut and she likes it!? A, that moment will be so hot. B, that moment has been a long fucking time coming.
Click to expand...

A very good series indeed, but you can't portray Rei as a slut! No matter who degrading the acts depicted, she escapes the tarnish through pure will of character. :joker:

Anyway, moving away from my petition for more Ayanami; I was wondering how many people know of/have read either of the following:

RyuKaze said:
A very good series indeed, but you can't portray Rei as a slut! No matter who degrading the acts depicted, she escapes the tarnish through pure will of character. :joker:
Click to expand...

Umm ... you do realize that Rei: Slave to the Grind is about Dead or Alive's Kasumi and not Neon Genesis Evangelion's Rei Ayanami, don't you? uzzled: If you've read the series, then I'm sure you must, as neither Kasumi nor Ayane look anything like Rei Ayanami. I will give you the benefit of the doubt until hearing back from you on this.


RyuKaze said:
I was wondering how many people know of/have read either of the following: