Windows 8 Tells Microsoft About Everything You Install 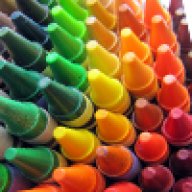 WillEater said:
Windows "Blue" due out soon
Click to expand...

Forget about it. There's no reason for another OS every year other then for their own profit. - The point is - It has nothing to do with consumer benefits.

New technology is great and exciting, but then you have to also worry out things like this.
A chip that can turn your PC on remotely. A chip that the public was never informed about. Company's like Microsoft, Intel, Cisco.. on and on.. can not be trusted anymore. Their agenda for profit over steps the boundary's on ethics and matters of human rights .

endless_blue_water said:
There's no reason for another OS very year other then for their own profit.
Click to expand...


Does the word "Monopoly" mean anything to you? If Microsoft does not "feed the beast" they go under, just that simple. This does not mean you are not right on every count, I completely agree with you. Yet Microsoft is at a point where it must continue to produce such crap or lose revenue, control of the unfair monopoly in the computer industry (and sued more than once over it), and possibly go bankrupt. The bigger a company gets the more they need to survive, they are like the "Blob" in the old Steve McQueen horror movie, eating everything in their path because that is just "what they do".

pity they just do not do a basic O/S, and give you a choice whether to get the BS version, with a basic version, you can add what you want to it, like hardware ports etc, and what software ports you want, and if they was really interested in us the consumer, they would sell you a basic package, with credits to there site to download what you require from there site
Toggle signature
lovely cute Lenfried :bigeyes:

IRC you are all welcome to chat in real time
if the link does not work, it can be done manually irc://irc.rizon.net/akiba​
Reactions: 1 person

If they really cared they would "give" the basic Operating system to consumers free of charge. It would not be out-of-line to ask for a small gratuity for continual updates, (instead Microsoft installs a backdoor so it can upgrade your system, via port 123). There is a point where success is overcome by greed and Microsoft is a very good example of that. The lack of competition is staggering by comparison but the need for a single basic operating system to meet the needs of software and hardware companies is also apparent. It is a catch-22, people need Microsoft or something its' equivalent and Microsoft takes advantage of that.

Linux is the best answer but because it is a free open source program it lacks the resources to compete with companies like Microsoft and Apple. Linux lacks the centralized support base that only a corporation such as Microsoft and Apple can supply. It is a shame that no university or groupings thereof, has taken on this challenge to provide such a rudimentary need to society. Brazil, who constantly surprises me as a world leadrunner in innovation and its' support of good ideas, is an outspoken proponent of Linux.

I do use ubuntu, but it does have its limitations, this is the main reason why those who make hardware should give you software on all platforms to run it

I did not know Brazil was a leading country in this field, good for them, it maybe, they are thinking of there own people, who do not have much

MICROSOFT give, OUCH I fell off chair because I cannot stop laughing, but yes I agree, just think oneday we be able to get corporate companies to think of us the people, (I guess not in my lifetime)
Toggle signature
lovely cute Lenfried :bigeyes:

IRC you are all welcome to chat in real time
if the link does not work, it can be done manually irc://irc.rizon.net/akiba​
Reactions: 1 person

Ceewan said:
begin rant
Does the word "Monopoly" mean anything to you? If Microsoft does not "feed the beast" they go under, just that simple.
Click to expand...

I can't argue with any of that Ceewan.
Being too large while not expanding is one of the reasons company's pay dividends.

The sad thing is, some company's actually produce new innovative products. (Apple) Note that I don't like Apple for a number of reasons I won't get into. But I have to say, they are innovative and do produce quality products. In the long run, I think Microsoft is hurting themselves by coming out with a new OS every year.
It cost company's billions to re teach new .. yet redundant ideas. Changes are good sometimes when they're needed but there are other ways to make money. I think MS should be charging for updates and service packs if they need the extra revenue. Rather then moving a few buttons. or even worse, taking back door payments from czars.

I just think that when something works, why change it. I can't stand windows 7. People will argue and that's fine, but the way I organize my files, placing multiple windows side-by-side, and the drag and drop (functionality that XP had) It is such a pain in the ass under win7. The tool bars are so big. And then you can't even customize them. What kind of crap is that Microsoft? The hot spot extends all the way to both sides of the folder window. Not being able to right click a folder to do a search, or having the Move-To / Copy-To without inserting a registry hack is ridiculous.

I totally agree with what you said CK, about hardware company's and Linux. They don't deserve my money if they don't support Linux.. Another reason I can't stand Adobe. They buy Macromedia and then tell all the Linux users they're not supporting flash under Linux anymore. F..k Adobe when there's alternatives like Gimp. F..k Microsoft Office when there's things like Open Office.
Apple did the same thing: They bought Emagic, the company that made Logic Audio/now called Logic Pro (which was built ground up by PC users for both Mac and PC. Then Apple bought the company and told all the PC users to go pound sand. People spent hundreds of thousands of dollar on their recording studios and 8+ thousand dollar low latency recording sound cards only to be screwed over by Apple.

I would really like to see Linux get better standards to compete with Microsoft. The Open source model is the only way to go these days. These coorps just can't be trusted. Now we need open source hardware.
Last edited by a moderator: Jan 23, 2014
Reactions: 2 people
You must log in or register to reply here.
Share:
Reddit Pinterest Tumblr WhatsApp Email Share Link
Top Bottom