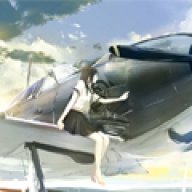 .
Hopefully others will shed light on the gist of your question, Japss; I was curious, though.

What's the difference between a JAV actress and an amateur actress?

Some might say a superstar like Maki Hojo is a bonafide JAV actress, whereas a rookie with just one or two films to her credit should not be placed on the same level. I think it would be condescending and unfair to call the newbie an "amateur," though.

Even if she does it once for laughs, or as an experience. If she got interviewed, hired, paid, and if she took off her clothes and offered her intimate areas for fun friction, she's a JAV or AV actress.

Perhaps the difference is the actual venue? An actress for a label shouldn't be considered amateur, I agree. She should be getting paid for the gig. But maybe the uncensored fair like Gachinco and the like, that at least seem to be curious or over-flattered women who decide to film something, are true amateurs? Even if they do get paid? Although, I have seen some recognizeable faces in those as well.

I will follow your link when I can. I'm with you, I find it interesting

^^ That was good, but there was too much commenting on the industry and stuff, and too little about herself. I wanna know stuff like her thoughts when having sex for the first time, on camera the first time, her best and worst experience in the industry, things they do to enhance their performance etc.

Best I've seen are the interviews from Asa Akira in Insatiable. It's awesome how she reveals her thoughts in such detail.

You know what else I'd like to read about...a director's thought process. Not the gross ones like piss and shit, but on fetishes like cosplay (investigator series particularly), bondage, camera angles, what they think is the best way to turn people on. Cause sometimes I think they're absolute geniuses, other times I felt like directing it myself would be tons better:joker: 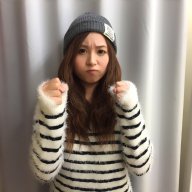 Its fun to day dream though.

shinigamie said:
TShe doesnt have to go into detail of what she feels.
Click to expand...

Never said she had to. Just would love it if she did.

To each his own.

Never said it was easy, just that there are many scenes with wasted potential that any fan could point out ways to make it better.
D

Seen this? Old - but new to me :
http://www.noob.us/miscellaneous/sex-in-japan-nsfw-documentary/

I wonder if those girls got out alive - or untouched. These guys are filled with hormones - very funny - see at least 1:30 or so.
You must log in or register to reply here.
Share:
Reddit Pinterest Tumblr WhatsApp Email Share Link
Top Bottom