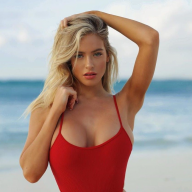 So this is old news, but I have just recently discovered the news section here, on the forums. Regardless, I thought I'd still make a post about this.

So, Yui Hatano was featured on swipe cards used in public transport, and the company who made them got criticised for it. I'll just shamelessly copy the bulletin points from the website:

You can read the whole article (and see the cards in question) here.

I personally think it's all right. Those photos are no more inappropriate than underwear/bikini ads, and I doubt they have a problem with those. What I don't understand is the reason that they chose Yui Hatano, while they could have chosen a Taiwanese woman, even though the article gives us some explanation regarding that. But then, I did some research, and it turns out that there is this actress called Lin Chi-Ling, whom Yui Hatano resembles. Let me copy/paste a couple of lines from her Wikipedia page:

​
So, what do you guys think? Was the criticism justified? Would you have preferred a Taiwanese woman to be featured on the cards? (My blind, unconditional and undying adoration for Cyndi Wang says it should have been her even with how she looks nowadays!) Does Yui Hatano really look like Lin Chi-Ling? How much do you think that influenced the company's decision?