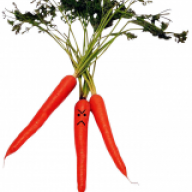 In response to questions from a number of members regarding the origins and sources for ZFX posts, here is what I can tell you.

ZFX is a hobbyist who began more than 20 years ago creating and posting tribute collages of favorite models and performers. The effort began as KATscans and later ZFX. A lot of the earlier material was lost in server and hard drive crashes... thus the "ZFX Oldies" thread in the hopes some members might be able to contribute these photos if they have them.

The tribute collages utilize print and video media and each individual piece may combine 2-6 elements from several different places. The idea is to highlight as many aspects of the model's career as possible. Photo sources include magazines such as Weekly Playboy, Young Animal, Spa, Flash, Bejean, Cream, etc., online sites such as Girlz High, Photo books, Blogs and Twitter, and fan sites. Video captures are taken from the models' image videos, promotional films and trailers, on-line sites, TV broadcasts, podcasts and fan sites. In most cases citing specific sources for each photo is just not feasible, especially for material which was originally collected over a period of years.

ZFX hopes the photos provide enjoyment for fans of these models who lack the time to search the web themselves. There is also a chance you will find a new favorite here.