You are using an out of date browser. It may not display this or other websites correctly.
You should upgrade or use an alternative browser.
S

I didn't realize we had one of these greeting forums until just now. Dunno who will be interested to read this, but here goes.

Favorite Eroges: umm ... Brave Soul? ^^; (I haven't played that many). I enjoyed Infection 3 and am working on Ringetsu.

Pet Peeves: when artists draw really ugly artwork that is seared into your brain X_x , extreme loli, and 4-page stories by fantastic authors and artists

Notices:
where I tell people if/when I'm going away for a while 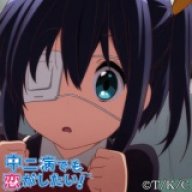 Moe is my life!

Definitely the most thorough intro we've had!!

wow...i wish i can be so passionate about what u r doing. I am interested too but along the way, always busy with other things that make u forget about it until u open it again....
I

Go ahead, touch it

An H-expert and a cool avatar, dude's got it! Welcome!
Toggle signature
[SIGPIC][/SIGPIC]
Share a coke and a smile!

InterestedParty said:
An H-expert and a cool avatar, dude's got it! Welcome!
Click to expand...

Thank you! But ... I posted this thread several months before you even registered. ^^;; So don't you think it's sort of awkward to, you know, welcome me when I was here months before you? ^^;
I

Go ahead, touch it

Sakunyuusha said:
...So don't you think it's sort of awkward to, you know, welcome me when I was here months before you? ^^;
Click to expand...

A kind gesture is never awkward :bow-pray:
Toggle signature
[SIGPIC][/SIGPIC]
Share a coke and a smile!

First, I took advantage of the knowledge I gained a little while back about the Hide/Show tag to make my post much more organized. Now it will hopefully not scare people away as much. ^^;

Second, I added a section I've been meaning to for a very long time: hyperlinks to threads. These are divided into three main categories: (1) threads where I'm seeking help, (2) threads where I'm providing help, and (3) other. I've linked people to the parent threads rather than to my specific posts because I feel it's important they read the thread from the very beginning, especially when it comes to discussions. 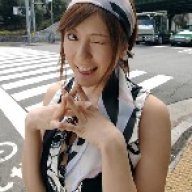 For sitting back, watching, and enjoying with your pants on,
1. Kiss x Sis
2. Hatsu Inu

(to be updated later, with pictures and stuff)
S

Old-School:
Aniyome Ijiri, by Drill Murata
Rei: Slave to the Grind, by Hellabunna

(to be updated later, with pictures and stuff)
S

Other Recommendations​
(to be updated later)
S

Stories I've Enjoyed -- in real time!​
Click on the following months to see what stories I have enjoyed.

So, without further ado ...

July 14, 2009:[hide]
Title: "Imitation Family"
Author: 某人間 ("Bouninngen")
Magazine: Tenma 2009 07
Premise: an orphanage is in danger of being shut down. The oldest orphan, a teen who has developed into quite an attractive young lady, says that she'll do whatever it takes to keep the orphanage from being shut down. Little does she know ...

Title: 性教育的指導 (SeikyouikuTekiShidou, or "Sex Ed Instruction", guidance, discipline, しどう is sort of a mishmash of those concepts)
Author: Takoriina Man[???], たこりーな画[???]
Magazine: Masyo 2009 08
Premise: a P.E. teacher decides to give the class a little lesson in sex ed after one of his students precociously but falsely accuses him of sexual harassment[/hide]

July 15, 2009:[hide]
Title: 兄妹のスキンシップ (Kyoudai no Sukinshippu), or "Siblings' Skinship"
Author: EBA
Magazine: Bangaichi 2009 05
Premise: Eiko and her older brother are step-siblings. Their recently-remarried parents are on a trip together, leaving the two kids home alone. When her older brother suggests taking a bath together as a way of bonding, Eiko throws her video game controller at him and calls him an idiot. But just a few minutes later, she's singing a different tune. And several days after that ...? Well, you'll just have to see for yourself, now won't you? ;D

Title: Chapters 6 and 7 of Ikusa Otome Valkyrie 2
Author: inoino
Magazine: Slave Heroines Volumes 12 and 14
Premise: the conclusion to everyone's favorite Nordic corruption story! You have to see it for yourself! And now you can! ;D[/hide]
S

I get asked about my avatar pretty often. The original picture is attached below. Here's some additional information:

Character: I don't know who she is supposed to be, if anybody. To me, she resembles Shirona / Cynthia, the League Champion in the Pokémon games Diamond, Pearl, and Platinum.

I can no longer turn a blind eye to the mounting problem of what I believe to be sanctioned child pornography on Akiba-Online. Since I understand that a significant portion of the membership come to Akiba-Online in search of this material; and since I understand that many members of the staff are themselves in favor of keeping this material on the site; I have decided that I have no recourse but to formally withdraw from this community.

One of chompy's visions for this community, one which I admired greatly when I first signed up here, was to form a community which welcomed people from all walks of life. No matter your race or creed, no matter your beliefs, no matter how peculiar your sexual tastes were, you were welcome here. It is, even now, a noble intention. However, I have come to terms with the fact that I cannot, and do not, believe that all sexual tastes are created equal; or that all sexual tastes which I do not share are to be treated similarly by me and by others. I may not like scat, but it is not morally offensive. I can condone it. I can say, "Let people who enjoy scat post here, free of ridicule or contempt." Their fetish, however peculiar and repulsive it may be to me, is not one which I would consider to be unethical. And I may not like BDSM, but it also is not morally offensive. But the question of child pornography, however softcore it may be, is an entirely different matter: for it is morally offensive, and is not to be brushed aside as "just another sexual preference." At least not to me, it isn't.

This post is meant as a means to explain my departure to those friends and acquaintances with whom I formed bonds during the past two and a half years as a part of this community. They deserve that much, and they are too numerous to be sent private messages individually. I understand that many snide remarks will undoubtedly be submitted in response to this post, but that I cannot help. It would be too inefficient, and I would fail to reach all of my colleagues, if I were to resort to private messaging.

Good luck to you. It was fun while it lasted.
R

Although I have not been part of the community too long and have not had a chance to get to know you as well as I may have liked - I have always enjoyed your intellectual takes on many subjects. I can appreciate your reasoning - I personally also take offense to the material in question, but I do not peruse the sections which contain it so I have no idea how widespread the problem may/may not be - But it is something I am sure you have seen as a cause of disdain over the course of the years you have been a member.

So from me - Good luck with all of your endeavours, stay safe and stay happy.
Toggle signature
[SIGPIC]Eureka![/SIGPIC]​
"I have not failed. I've just found 10,000 ways that won't work."
Thomas Alva Edison​
S

I signed back in to reply to any replies that might have been sent my way. I do not intend to sign back in again.


RyuKaze said:
I wish you well with all your endeavours, stay safe and stay happy. So until next time :byebye: and good journeys.
Click to expand...


reingiolt said:
so are you really not coming back? will you be deleting your profile? which forum are you gonna frequent now? going back to HF?
Click to expand...


redrooster said:
I don´t believe this is the true reason for his retirement? He never talked about that topic before...
Click to expand...

I never talked about it before because I did not want to cause a flamewar. I also never talked about it before because it is clear just by looking at their avatars that several very important staff members are (imv) pedophiles, and so nagging about the pedophilic content on the site would only get me into trouble. It would accomplish nothing else.

It is also why I am leaving, rather than trying to initiate a discussion on the topic. As I said in my goodbye post, many of my critics will not even agree with me that the content in question is child pornography. However, to me, it is very clearly pornographic in its intent (however softcore it may be) and it is also very clear that it's of little girls (i.e. pre-pubescent).

Being a part of this community even after one knows that the material is permitted here -- and encouraged! -- is the same thing as saying, "I am okay with it." Well, I've never been okay with it, but I tried my best to turn a blind eye to it so that I could still come here and have my fun. Well, like I said, I can't turn that blind eye anymore, and I absolutely refuse to condone the material, so my only real option is to leave.