What are the possibilities for a western male, with a lot of experience, to become a successful host in japan?
Age 26
Is it a lucrative job? Can you earn a lot of money?

Yes you MAY earn way more money in short term than average office job. But it's not a career, unless you make it so.

Google is your friend. This may be of your interest http://www.butlerscafe.com/ butler's cafe where the (white) foreign butler serves mostly female customers. Just like Maid cafe where cutey anime like maid serves you grossly overpriced coffee.

I was thinking something more adult, I've heard of bars where handsome men serve you champagne all night, the more you serve the more the host earns.
Yes, I am building a career here in the United states as a host but the idea of being a host in foreign land seems very attractive to me.

Yes there are a lot of Hosto clubs in Shinjuku and elsewhere in Japan. But I am sure the case where the hostos are non-Japanese is very rare. Not that it is non-existent. They should be concentrated in large cities like Shinjuku, Shibuya, Umeda, etc. etc..

But to me personally, drinking and smoking all day every day every night as a career is not that healthy. You already pursuing this path? Good luck and take care of yourself buddy.
Toggle signature
***
I know nothing...
Reactions: Ceewan

tylersailer said:
But to me personally, drinking and smoking all day every day every night as a career is not that healthy.
Click to expand...

If you include drugs and womanizing you just described my youth. Too bad I didn't realize I could have made a living at it. Not that I would have remembered that much (memories and alcohol/drugs just don't go hand in hand) but those are expensive habits so writing them off as a business expense would have come in handy.
Toggle signature
Now I lay me down to sleep
I pray the lord my soul to keep
if I die before I wake
I pray the lord my soul to take

Oh man your youth days sound rough. I hope you are good now. Take care of yourself.
Toggle signature
***
I know nothing...
Reactions: Ceewan 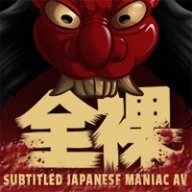 I did it for awhile way back when I was younger and dumber and it's a nightmare job. It's not glamorous. Your customers are 99.9% "dick-suckers" (as my coworkers called them). In other words they're all brothel workers who just go to the host club after their shifts end since most are too messed up to relate with guys outside of their industry. Oh, and they come in AFTER their shift ends so most host clubs don't even start until early morning. Some open at night around 7PM, but most OPEN at 4-5AM. Your sleep cycle will be destroyed, your liver will be annihilated, and your coworkers and clientele will both be in poor mental shape as well.