This is a fighting anime, it is not rocket science. The storylines and plots are pretty simple, not a lot of depth there. This isn't meant to be realistic, the artwork, while not bad is not earth shattering, no fanservice, no light moments and little humor. This is an anime with a lot of characters fighting and kicking each others ass. So if that is what you were looking for, look no further. While I personally found this anime less than a masterpiece I did find it interesting and entertaining. Violence is much more enjoyable to watch than partake in. Not for the wee ones but teens and up.

Plot Summary: Baki Hanma is a young fighter who yearns to follow in the footsteps of his father, Yujiro, and become the strongest fighter in the world. Thru that he trains tirelessly and fights constantly to hone his skills and develop his body to achieve these goals. Many intense battles lay ahead of Baki as he goes about his quest to be the best and ultimately take the title of "King" from his father. 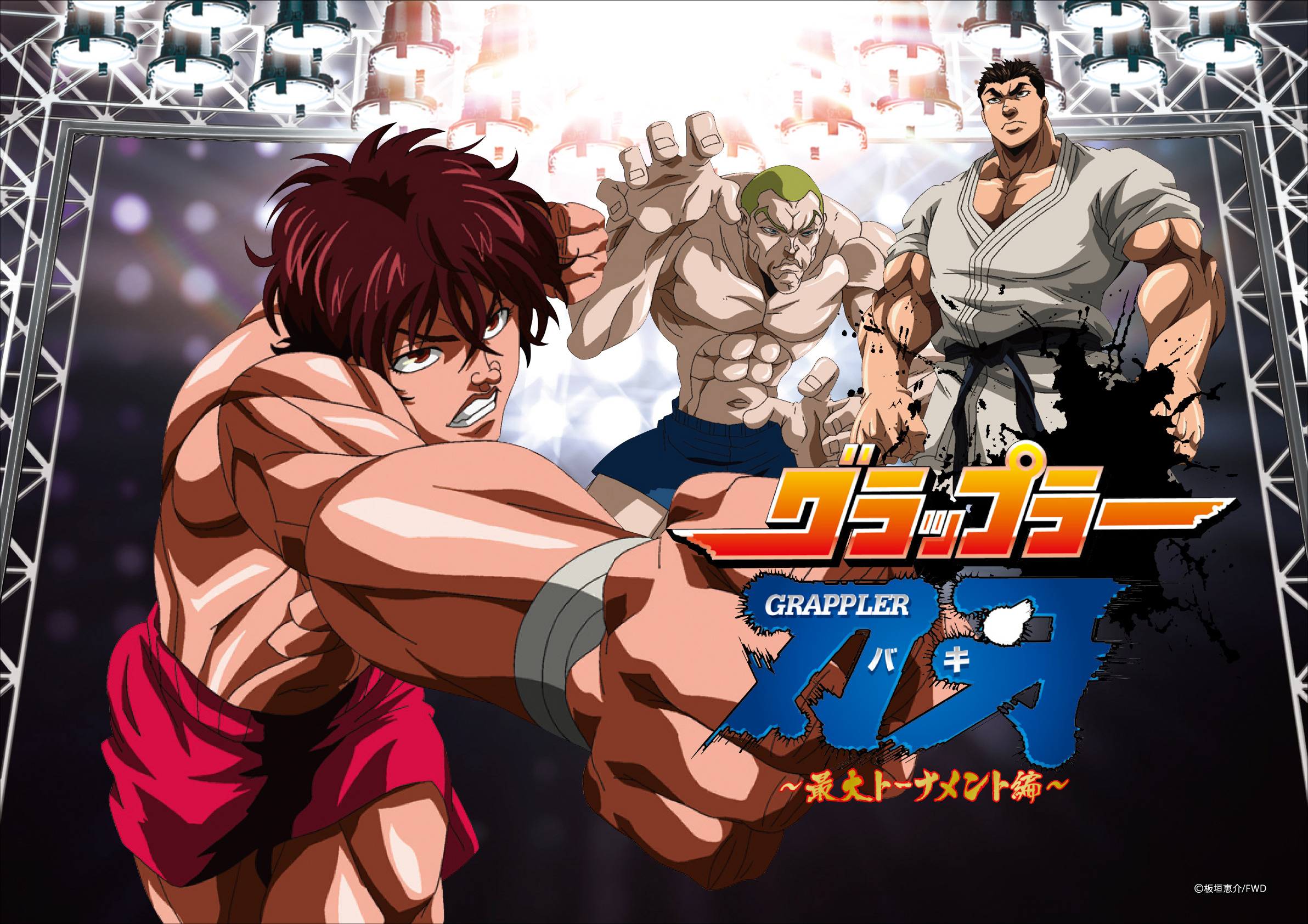 In Episode 45 there is about 1 minute of no english audio in total but it really isn't that big of a deal. I would normally not share a torrent that had any real issues but not only are there few alternatives but one minor annoying problem in 48 episodes doesn't justify junking this. The video is very good and the subtitles are okay. This torrent also includes the Baki Music Collection which I personally enjoyed.

This series was first suggested to me by a member from here who I wish to thank for that.