You are using an out of date browser. It may not display this or other websites correctly.
You should upgrade or use an alternative browser.
S

I remember back when I was around 7-8 years old and my cousin introduced me to Spirited Away for the first time.
Fast track 10 years later and the memory is as clear as today's breakfast.
Popping in the VHS tape, and bracing myself for a variety of films that I still love to this day. I remember admiring how good the food looked. Also when Haku grabbed Chihiro's hand as they set off racing through the barn filled with pigs. It was the most obscure piece of film I had ever encountered. For me, it was Disney, taken to the next level.

I also remember the exact same cousin bought me a VHS Tape for Christmas that year.
"My Neighbor Totoro." For some reason, the cover art didn't exactly appeal to me, and because I was a kid, I guess I went with the mentality of "judging a book by it's cover" and just tossed it to the side and forgot about it for a while.

Hence a few months after, I was homesick & bored...so I dug the tape out and decided to pop it in.

Amazing film. Warm, vibrant, and touching all at the same time. As soon as I saw that cat bus I was like: "It's official, this is the best movie ever."

After that pleasant viewing experience, I started craving for more. Kiki's Delivery Service, Princess Mononoke, Howl's Moving Castle were all on the "To Watch List" I had pinned up on the fridge.

(I'd say Kiki's Delivery Service is still my favorite to this day.)

There's even still a few films I have yet to see. (Including Miyazaki's final piece..."The Wind Rises."
The more "modern" Ghibli films such as "Arrietty" didn't exactly appeal to me. It was a good movie. But, I'm trying to decide whether or not I enjoy the majority of the Studio Ghibli content due to the nostalgia factor, or just out right being good movies...

Would love to hear your story!

My first introduction to anime would have to been watching Star Blazers (Space Battleship Yamato) on TV in the college dorm lounge, then after college Robotech. But that really wasn't "Anime" to me at the time, even though I knew their origins. My first purchased anime was after a trip to Japan in '98 and I had just bought a new fangled DVD player. So I was looking for pretty much any Japanese movie on DVD to watch, and the only thing I could find was Ghost in the Shell, and after that the Tenchi Muyo!. That's what got me hooked on it, so then I started buying a bunch of series on VHS, which I then sold and re bought on DVDs when they came out. But in the last 8-9 years I haven't done too much with anime, and I've started watching fansubbed live action J-Dramas.
Reactions: Speeny

It would have to be a combination of Voltron, Speed Racer, Robotech, Technoman, Mysterious Cities of Gold, The Flying House,Superbook, and Sailormoon that watched occasionally while growing up. I always enjoyed watching cartoons in general,but I wasn't as fan like I am now. One day in the mid 1990s I wanted something that was more aimed at adults like Heavy Metal. or American Pop. So I went to Suncoast video store at the local shopping mall and found the animation section.I found Ninja Scroll, Ghost in the Shell,Akira on VHS.For some reason the subbed versions were more expensive than the dubbed version, which didn't bother me because if I wanted to read then I would buy comic books instead.I guess they made more money selling dubs than they did subs back then and could easily make their money back on dubs a lot more easily than subbed anime.
Last edited: Oct 23, 2015
Reactions: kjamc1982 and Ceewan

When life gives you curves, flaunt them​

My first introduction to the anime at the same time my first anime purchased is Gunbuster in 1993.
Reactions: matsucheba and Ceewan

First introductions to anime, although I didn't know it at the time, were - Prince Planet (had a different name in Japan .. can't remember it though)/ Gigantor (T28 or Tetsujin 28 in Japan) / Amazing 3 (W3 or Wonder 3 in Japan) / Astro Boy (Mighty Atom in Japan) / Marine Boy / Kimba - all of these were shown on local TV here in Australia when I was a lot younger. Although, as these were all dubbed into English (with American actors voices) I assumed for years that these shows were American.

The later show which got me "back", you could say, into anime was Neon Genesis Evangellion. Again this was shown on a local TV station here, back in the mid-late '90s.
Toggle signature
You are a child of the Universe, no less than the trees and the stars .. you have a right to be here.
Reactions: kjamc1982, mago and Ceewan 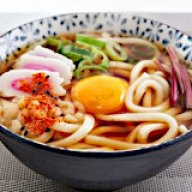 The GRENDIZER (ＵＦＯロボット グレンダイザー) and Captain Harlock (宇宙海賊キャプテンハーロック) series on french TV are the oldest ones I can remember.

My first purchase was many years later, when I managed to get my hands on some english subbed VHS tapes, with the first OVA for UROTSUKIDOJI : Legend of the overfiend (超神伝説うろつき童子) and GUYVER : Bio Boosted Armor - Data#1 (強殖装甲ガイバー).

Guess I was somehow lured in by all the sex and violence advertised by those two titles... Wasn't disapointed!

My first introduction to anime was in the form of early morning showings. It consisted of Doraemon, Saint Seiya, City Hunter, Dragon Ball, and Captain Tsubasa, depending on the day. That was a long, long time ago.

The first anime VHS tape I bought... I can't really recall. Sanctuary is the first one that comes to mind. Then, Riding Bean and Record of Lodoss War. Picked them up on sale at Tower Records.

I do remember my first convention was Anime Expo, in 1994. They held it in Anaheim, across the street from Disneyland. It only took like, 20 minutes to get registered, and hardly anyone dressed up like they do now. We would wait to be picked up, outside the hotel, and fireworks from Disneyland could be seen, since it was 4th of July weekend.
A

Busou Renkin, recommendation from a friend.

when i had 5 or 6 years aprox the first anime i watched was dragon ball (then sailor moon saint seiya and magic knight rayearth)
Reactions: Ceewan 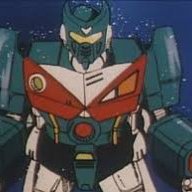 The first anime I ever saw was Bob In The Bottle, which used to be on early mornings here in Australia in the late 80s early 90s. The first one I remember really watching was the DIC dub of Sailor Moon.
The first one I ever downloaded was the Sailor Stars season of Sailor Moon, which was the first time I'd seen any of the series in its original Japanese.
K 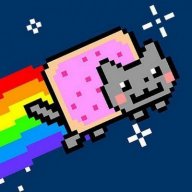 The first anime I ever saw was when I was elementary school age in the 80s, long before I knew what anime was / was too young to differentiate it from western cartoons. The shows were Battle of the Planets, Robotech (Macross), and Voltron.

Years later in highschool I was re-introduced to anime with the films Vampire Hunter D, Akira, Ninja Scroll, and Ghost in the Shell.

As far as the first anime I ever bought I don't really remember but some of the oldest stuff I do remember buying was Cowboy Bebop and FLCL. 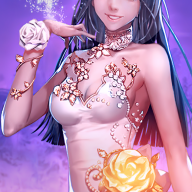 I can't remember which anime is the first one I've ever watched. Probably Doraemon, as it's very popular.