You are using an out of date browser. It may not display this or other websites correctly.
You should upgrade or use an alternative browser.
W

I talked to him a year ago in other forums, but now Casio
is introducing the availability of its new G-Shock resistant watch
in which we highlight the possibility of matching the device with
iPhones through Bluetooth connectivity using the clock.

The Casio G-Shock GB6900AA allows that we synchronize the time
between devices, and most interestingly, notify the wrist of calls
messages or emails.

The management is done through a G-Shock application
developed for iOS.

The solution of using BLE (Bluetooth Low Energy) within the
Bluetooth specification 4.0 can have a range of two years of use
with an average of 12 hours a day using Bluetooth with a
conventional battery.

Another interesting functionality leveraging the twinning with
the phone, is that we cantriggering an alarm in the event that
the link is lost.

Also cause the search by pressing a button on the G-Shock the
iPhone will launch a chosen tone, even when silence.

Like clockwork, what we can expect from a Casio G-Shock, shock
and water resistance, stopwatch time zones, and a pretty screen
with a powerful LED backlight also to complete, as you can see in
the video below:

The new Casio G-Shock GB6900AA appear in the U.S.
market for $ 180, we are awaiting more information

On the web we can see that now supports iOS devices
(5.1.1 or later) and iPhone 5 or iPhone 4S, and the
application is free.

And It is available in five colors.

It is rare that this watch does not speak. It's the only thing missing​

when I saw the title I thought this was a spam post, lol. Then I recognized the member who posted the thread. 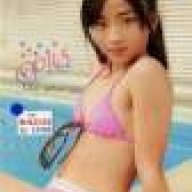 Bought the Wave Ceptor last week.. Atomic time and all.. Nice one..

That is a good wristwatch
Where can I buy it?
Toggle signature
RawSet.Org - Best Manga Download ===== JavHot.Tv - Watch JAV Online Free​