You are using an out of date browser. It may not display this or other websites correctly.
You should upgrade or use an alternative browser.
T

I was wondering if anyone know of some JAV actresses that speak english fluently. I know there's a lot of white actresses in JAV movies but looking for Japanese actresses that are bilingual. I always thought that was cool but I can only think of one actress. So looking for more~

The only ones I know are:
Maria Ozawa
Sakura Aida
Hitomi Fujiwara

I believe Anri Okita was born in Birmingham, UK
C

another english speaker ( i believe she's half american) is "nana". there are multiple actresses with that moniker. this one worked mostly for moodyz:

these are just examples with a couple of covers and screens to show you what she looks like. can't vouch for the video links. she doesn't always speak english in her videos. 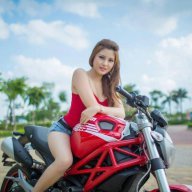 learning english is very very tough for japanese people. Unless they started young and learned it fluently before they got into jav, most will not bother with the enormous amount of effort it takes to learn english. JAV is so much easier, fun and makes alot more money, the exact opposite of learning english.....If anything, they will just read a script to satisfy those guys who like asian girls speaking english.

.
I'm impressed that members have come up with a few examples, especially the highly knowledgeable Jswift255; as MXS- implied, finding Japanese actors who speak English is not always the easiest thing.

I recently watched Strip Roshambo Game in the Czech Republic [SDMT-503], which I enjoyed very much. One highlight in watching Japanese porn-makers venture off into alien lands is that they are forced to communicate in the universal language of English. Plus, the English-speakers among us who are frustrated with the incomprehensibility of JAV (notorious for lacking English subtitles) can get an idea of their persuasive arguments, at least in the pick-up off the street movies. (How DO they talk the women out of their clothing so easily? Yes, yes, I know it's not real.) And it's pretty amusing to hear these fellows, in their usually broken English, to overpower their victims with their rationale... "Moah money! You make moah money! Double!"

This Czech cashes it in - by going all the way.

Those of you who think SDMT-503 might be fun, let me show you the way by which you can pick it up - via a 476 MB painless download.

A doggy pose for Poor Satsuki; she later learns to like getting
bopped by the brothers

Those of you intrigued about how the adorable Satsuki handles the dissing dudes with the huge black cocks can shoot over this'a way and snatch a painless 500 MB download.

yuma asami speaks some schoolgirl english in this:

i believe it is called "english conversation in bed". it has been posted several times. a search for dv-1166 should get you the links of your choice. the male conversationalist is most likely french. but they manage an english exchange.
A

Seems she also occasionally (ok, only spotted that 1 entry so far) makes english posts on her blog
http://ameblo.jp/anri-okita/entry-11486545618.html 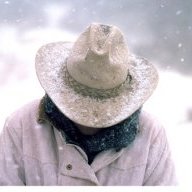 Apparently she was born in Birmingham, UK and speaks and writes english fluently.
I

Shelby Wakatsuki ,may do, I heard her speak English reading a book and she was very fast in reading and with proper accents.

Marica Hase also should now ,she's been working between Europe and the USA for a couple years so maybe not fluent but surely she's able to speak and understand English
Reactions: 1 person
M

Correction of a previous poster. Nana Usami speaks very little English but is not fluent at all. She does have a sweet ass though!
A

Here's another one I found but have been unable to identify:

Does anyone know the where the clip is from or who she is? In the brief words she says in Japanese, it sounds like she has a bit of an accent (although I'm not an expert). Half the video she speaks entirely English as a "tutor" and man is she fluent.
Reactions: mightyeel
M

She speaks fluently in English with no Japanese accent. My assumption is that she has lived all of her life in the US or Canada and knows some Japanese from her parents or something of that sort.

She's very attractive but she isn't a native Japanese speaker.

She is very attractive though!
Reactions: 1 person

She speaks fluently in English with no Japanese accent. My assumption is that she has lived all of her life in the US or Canada and knows some Japanese from her parents or something of that sort.

She's very attractive but she isn't a native Japanese speaker.

Many thanks to you mate.
Toggle signature