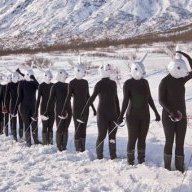 This is a plea to call your US Senators to pass the Internet Freedom Act, known a S3034

Obama is trying to cede control of the Internet from the United States to an international body (as yet to be determined). The one thing that keeps sites like these open and operating freely is freedom of speech granted by the 1st Amendment in the US Constitution. An international body, can and WILL supress, and/or censor material which it deems unsuitable or which the philosophically or politically disagrees. Once control is ceded, it is IRREVERSIBLE!

If Obama is successful things will change very quickly - and NOT for the better.
Thank You

Senator Ted Cruz is the one associated with this bill:

We all may breathe relief, because we know from his presidential campaign that we should "TrusTed."

Here is the viewpoint that prompted Member Fezzie to put up his plea, focusing on one alarmist and theoretical aspect:

A look at what's at the heart of the matter, helping out the fat cats as usual:

And a discussion forum that helps us see what is at the heart of the matter:

I particularly enjoyed these excerpts:

Sleaze_bag_alert:
"All these republicans who literally PREACH about 'the free market' are so full of shit it is painful. They love free market until there is a threat to their outdated business model and then they decide it is easier to use government to block their competition than to actually evolve as a business..."

Spartan_029:
"I'm a fiscal conservative... but I feel like my party is full of uninformed lemmings, and boy is it hard to get them to like even listen to reason about something that Obama approves of."

The_Bard:
"It is freedom. Freedom for monopolies to do whatever they want."

(Deleted Account)
"Honestly, as much as people like to knock real world comparisons to 1984, it is hard not to notice the parallels between this kind of language and the language used by the party in the book."

I find it sadly amusing how people try to make this political. Once its gone, its gone forever. Don't say I didn't warn you 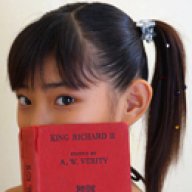 @ jugulear. I agree, the party to which one associates himself has a lot less value then one who is (a true conservative - a person who upholds the constitution).

Businesses produce jobs, Businesses contribute to GDP.
Governments simply take people's hard earned money and distribute it. Period. People like Hillery promise to create energy bills and environmental special interest groups and ear marks with no transparency on budgets that pour tax payer money into them. People like Trump understand that giving more incentives to business's makes America a great place to run a business. More business means more jobs, more manufacturing in the US, and more jobs means more competition for the American worker to demand a better wadge vers having less jobs and being a slave to monopoly's.

Regarding the original topic.
This is why immigration control is so important. It's not just about Mexico, but every one who enters illegaly. Mexicans are great people, I work with and have a few Hispanic friends and they're great people, hard working people. But, Immigration control is about preventing masses of people, (many of whom come only for the work, but who often have little interest to assimilate to the values and principles of what made it what it is, or simply just don't care about things like the freedom of the internet being taken away) from changing it's laws. ... Immigration control is to prevent people who will simply vote crooked bureaucrats into office simply because they promises a pathway into the US. All you need is a 2/3 vote to change constitutional laws and people like Sonia Sotomayor (who hates the constitution) and you have the recipe to destroy what the founding fathers worked and fought so hard for. A country that was the exception to freedom on a global scale.

The youth today is sad. All kids care about today is texting bullshit to their friends who are sitting across from them in the same room. Most of the youth in America could care less to talk about politics. They're more interested in watching divorced wife's and the asshole dating show at 8PM. Most of people I talk to in their 20s don't even know who their state governor is. Immigrants usually care less about - Good Politics that keep America great. Most of the youth I talk to don't even understand what happened in 2008 with the housing collapse, or that Bill Clinton was instrumental in what almost caused the destruction of the US economy and other world economy's. Sadly, the real Americans are those out on the battle fields dying for people who don't even appreciate it.

Note: I acknowledge that there are many immigrants who do care about American values and even fought for America, but there are far more that don't.
Last edited: Oct 4, 2016
Reactions: Ceewan, Casshern2 and fezzie

Too late. Obama has already succeeded in another stunning presidential failure.

Ceewan said:
Too late. Obama has already succeeded in another stunning presidential failure.

Sadly, I know it's too late. In this highly overcharged political climate, New World Order types were successful into making this Rep Vs Dem thing and many ill-informed people chose sides based solely on ideology without researching it on their own. There is literally NOTHING now that can stop any evil force from manipulating information over the inernet. Those that went along with this because they think Obama is a nice guy are their 'useful idiots' - and they rely heavily on this bunch of morons.

fezzie said:
Sadly, I know it's too late. In this highly overcharged political climate, New World Order types were successful into making this Rep Vs Dem thing and many ill-informed people chose sides based solely on ideology without researching it on their own. There is literally NOTHING now that can stop any evil force from manipulating information over the inernet. Those that went along with this because they think Obama is a nice guy are their 'useful idiots' - and they rely heavily on this bunch of morons.

Enjoy this site now while it still exists - ain't gonna be here someday
Click to expand...

The trouble here is that it is hard to fortell the future and impossible to comprehend someones intentions or motivations not only without knowing them well personally but in many instances even when one does.

I read articles at torrentfreak quite often and try to keep abreast of news and views on the internet. There is just the possibility that Obama did the right thing here. I am not saying I trust that but I can see where this is possible. ICANN does not wish to, as they have consistently stated, police the internet. ICANN will not be directly answerable to any government agencey and strive to be an independent authority that respects the freedom of the internet. Read up on them. What Obama did was to relinquish much of the US government oversight and influence (unfair and otherwise) on a worldwide used resource. Many countries and individuals would consider this a positive and just move.

Presidents in their last term of office often do things as a matter of conscience rather than a matter of politics. I am not saying that this is for sure one of those times but it would be unwise not to consider that possibilty. The Democrat Party has very little to offer Obama, he has already achieved the pinnacle of success that a politician in America can hope for. That said, he is still a politician and trusting a politician is usually a bad judgement call. Let us just wish for the best and prepare for the worst.
Toggle signature
Now I lay me down to sleep
I pray the lord my soul to keep
if I die before I wake
I pray the lord my soul to take